“It begs the question of whether it’s worth it to continue this line of work or just walk away.”
– Sergio Haro, Zeta Weekly journalist, Reportero (2012)

The late Sergio Haro knew the risks of what he was getting into at his time on Semanario Zeta (Zeta Weekly) in Tijuana, Mexico. Its founders, Jesus Blancornelas, Hector Felix and Francisco Ortiz, started the paper to keep free speech alive in a government-run media and did not shy away from exposing the truth. The top story most week’s: the Narcos of Mexico. With that as the reigning headlines came unfortunate and fatal consequences.

The documentary Reportero covers Zeta’s story and their history while also capturing utilitarianism at work. The folks over at Crash Course Philosophy define it down to “we should always act so as to produce the greatest good for the greatest.”  Zeta and Haro seem to fall into the first version of the idea of utilitarianism known as Act Utilitarianism. This version of the theory states “in any given situation, you should choose the action that produces the greatest good for the greatest number.” Zeta risked their lives and their livelihoods simply for their bylines and for reporting the real story.

This stems to the very beginnings of the paper and its founders. Felix himself reported in his article Un Poco de Todo (A Little Bit of Everything) under Felix El Gato, a clever pen name based upon the cartoon cat of the same name. Here, he criticized those in power and ridiculed their misgivings. A big subject was Jorge Hank, a powerful son of a politician. One day in 1988, Felix was outside of his home only to be assassinated by two armed guards. The attack, carried out by Hank, left a bit of a mark and showed Zeta that there is a true danger. 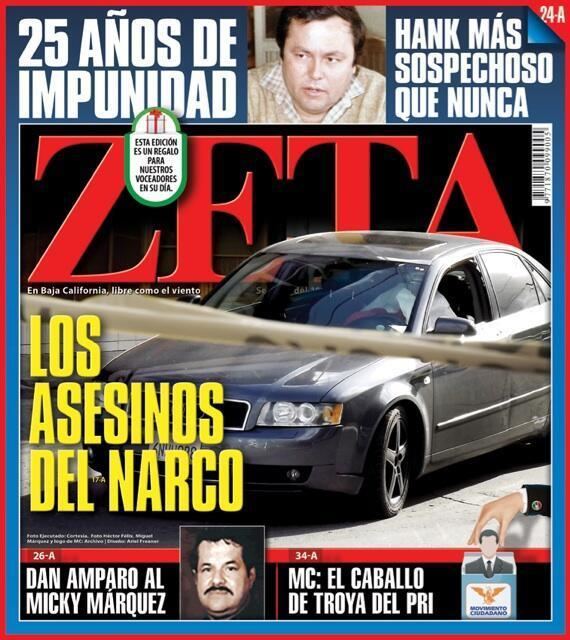 Blancornelas was the victim of a failed assassination attempt by those associated with Arrelano Felix Brothers, a cartel group based around Tijuana known for dealing cocaine on both sides of the border. They struck back after Blancornelas decided to publish the first photo of Ramon Arrelano Felix. 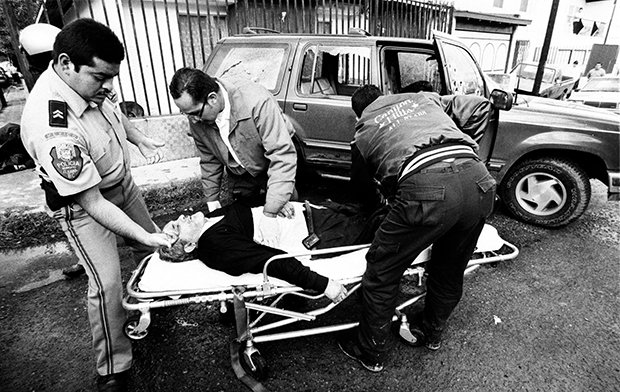 This would also lead to the death of Ortiz due to him exposing those associated and funneling money to the Brothers. Ortiz was simply headed back into his car when another car pulled up and fired at him, killing him in front of Zeta Weekly and in front of his children in the car, left unharmed.

The deaths unfortunately did not stop, even when Haro left. Leaving to find the paper Siete Dias (Seven Days), Haro’s co-founder and friend Benjamin Flores was gunned down and killed by narcos due to him not pulling any punches when reporting on narcos. Since then, in bigger investigations, the byline went from the writers to simply “Investigaciones Zeta” (“Zeta Investigates”).

“When you’re holding onto a delicate story, you’re fearful. But the fear vanishes once the story is published.”
– Jesus Blancornelas, Zeta Weekly founder

“When you’re holding onto a delicate story, you’re fearful. But the fear vanishes once the story is published,” Blancornelas said, “and someone who could be compromised by my story may try to do something to me.” Haro shares this sentiment saying “Once the story is out, everyone knows. I’m no longer sacred.”

The journalists at Zeta carry the story and the truth needed to share for the greater good despite all the aforementioned deaths and terrifying consequences that goes into covering such heavy stories. Zeta still strives today, doing what Blancornelas, Felix and Ortiz set out to do in the beginning with the paper, even if the danger may get too high.